There is an unwritten rule for us gamers that the newest is often the most expensive, and when it comes to performance, it is usually the best. However, when it comes to gaming mobile phones, that is not always the case. Alongside their gaming performance, mobile phones have a ton of other functions they need to excel simultaneously, such as camera quality, connectivity or even the software itself, to name a few.

People who don’t prioritize other functions but solely focus on gaming performances can find an outstanding mobile phone that they can enjoy their games on. Currently, you can play games on virtually every mobile phone on the market starting from simple games such as bingo that can be played on best bingo sites to graphically-challenging ones that take a lot of your battery and time. However, what are some of the mobile phones that will get your gaming experience to a whole new level? 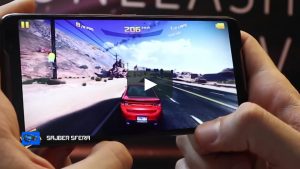 Razer Phone 2 is a successor to their Razer Phone which was considered one of the best mobile phones for gamers. Their new addition features a 5.7’’ screen with crystal clear HDR image and a 120Hz refresh rate. However, the negative side of the screen is that it still has a 16:9 aspect ratio. The phone has 8 GB of RAM and Qualcomm Snapdragon 845 CPU ensuring the smoothest ride regardless of the game you’re playing. The only thing that Razer Phone lacks is a headphone jack. Even though the Dolby Atmos sound provides loud and clear sounds, to us, having an option to use headset feels like a must. 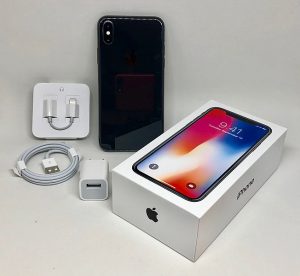 Apple’s iPhone X has a mesmerizing OLED screen which melts and sinks into the thin bezels. The 6’’ display offers the resolution of 2436×1125 and comes with 3 GB of LPDDR4x RAM and 2.39 GHz hexa-core 64-bit processor. The best feature about Apple’s phones is their fully optimized iOS which guarantees the best performance and getting the most out of what you paid for. However, oddly enough, that might be its biggest flaw as well. Everything you get from App Store is already optimized, and the iOS doesn’t allow you to tweak it around to your liking.

ROG stands for the Republic of Gamers and ASUS is well known for their products in the gaming world. Their phone comes with a bold design which includes two programmable buttons to enhance your gaming experience. It has a Snapdragon 845 processor, 8 GB of RAM and a 90 Hz refresh rate display. One of the many accessories it has allows you to convert your phone into a desktop setup.

Whether you spend a lot of time on your phone or merely find mobile phone games a lot more relaxing, you can’t go wrong buying any of the three phones we mentioned in this article.