Sports video games are almost as old as video games themselves. Popular sports like football, basketball, soccer and golf inspired some epic releases that had become successful franchises. When it comes to basketball video games, they are very famous in the gaming world, as this sport is played all across the globe and there are many people who bet on this sport while using bonus codes from vipbonuscode.com or some other similar site. Millions of people enjoy basketball games every day, and it seems that these games just keep getting better and better.

So, are you ready to shoot some hoops? Let’s jump into our list and see which basketball games every fan of this sport should try out. 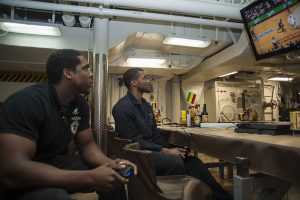 NBA 2K games have been coming out since 1999; each one before the start of a new NBA season. The latest ones in the series are considered to be some of the most realistic sport simulation games of all time. Their 20th installment, 2K19, features all 30 teams of the National Basketball Association, as well as some other special teams from different eras.

Over the years, 2K really have been upping their game in terms of graphics, realism, and gameplay options. Each NBA star is made with their own set of trademark moves, handles, and celebrations. By starting the “My Career” mode, you can create and control your own player, and help him get to a championship ring.

Although it seems that the developers of 2K are comfortably sitting at the top of the basketball video game genre, this wasn’t always the case. Namely, the “Live” series from EA Sports started 5 years before 2K had released their first installment, and was for a long time considered to be better.

Nevertheless, the two games are very similar concept-wise. They simulate the sport of basketball played in the best league in the world – the NBA. Apart from a couple of setbacks, the NBA Live keeps getting released annually, each time with a new star player on the cover. You can play exhibition games, participate in the all-star weekends, play street ball, and start a campaign with your favorite team. NBA Live 19 even gives you the option to create a female player, which is the first basketball game to do so. 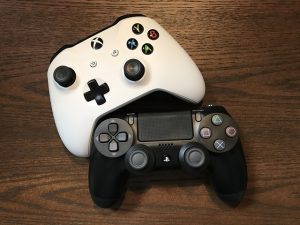 While the previous two series that we mentioned are continually trying to battle it out as to which one is more realistic, one game went with an entirely different approach. NBA Jam mixes sports simulation with some cartoonish physics to make one of the silliest sports games ever.

NBA Jam has a series of 10 games, last of which came out in 2010. However, their premier release from 1993 is what set the tone for the whole franchise. Instead of a regular 5-on-5 game, you will get to play 2-on-2 basketball on a smaller court. The players are able to jump over the height of a backboard and perform unrealistic acrobatic moves. To make things even funnier, the newer releases feature NBA stars as bobble-head figures.

Of course, there are many more basketball video games than the ones we just wrote about here. Some honorable mentions might include NBA Street and NCAA Basketball. If you’re a true fan of this sport, pick up your controller and play one of these games. They are very entertaining, especially when you’re playing them with or against your buddies.